Reflections of An Ordinary Man 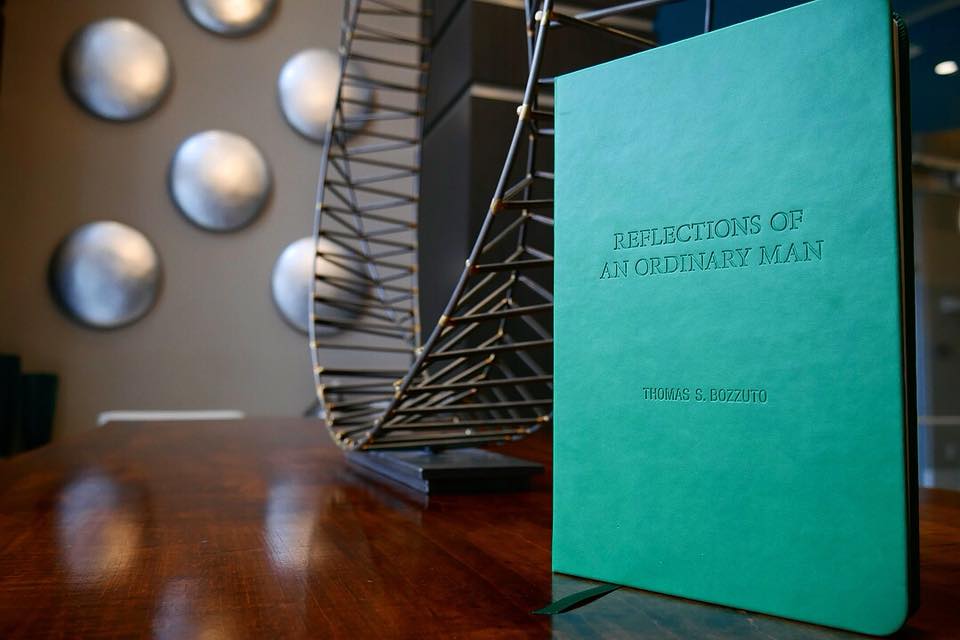 For years, Tom Bozzuto has been collecting quotes and thoughts that struck him as particularly important. They started as notes in a journal, and turned into his new book, Reflections of an Ordinary Man. After sharing a copy with every Bozzuto employee to commemorate our company’s 30th anniversary, we decided to sit down with Tom to ask him a few questions about his book.

Q: When and how did you realize you had the makings of a book?

A: As I wrote these reflections down over the years, I never thought about putting them into a book. The closest I came to that was when Toby and his sister Lexie were going off to college and I transcribed what I had written by that point into manuscripts for each of them. But, when Toby took over leading the company, one of the things I decided I wanted to do, with whatever “free time” I managed to find, was to put all of these things together into typed form. So, I compiled them and let someone look at them in the office and they in turn shared them with Julie Smith who said, “You really need to turn this into a book.” She suggested an editor and that’s how this thing came about. There wasn’t a lot of intentionality about it. I was really doing it as a guide for myself.

Q: In your book, you talk about how Dag Hammarskjöld’s Markings really influenced you. What about his book spoke to you?

A: I don’t even know if the book is still in print, but I would encourage everybody, if they have a chance, to read Hammarskjöld’s Markings. It spoke to me as a college student with a message that it is okay to be both a person of action, which is how I like to think of myself, and yet someone who is reflective. Hammarskjöld was this extraordinary guy, who I think was the second person to head the United Nations, and his book is far better and far more eloquent and thoughtful, but a wonderful model for mine. It really did change the way I looked at things, because it allowed me to really recognize that it was okay to be both a person of action, a person who did things, and yet a person who sat down and thought about important questions.

Q: Along with your own thoughts and advice, you reflect on many quotes and words of wisdom. How did you go about collecting these insights? Do you have an all-time favorite?

A: You know I suppose my all-time favorite, and I keep reading new ones so it’s hard to say, but the one I had on my wall as a teenager was the Teddy Roosevelt quote about the importance of being in the arena. It talks about how people can sit on the sidelines and harp and complain, but it’s really the person of action who lives a full life even if they fail. That was always an important quote to me and I think it still informs everything I’ve done, and tried to do, with my life.

Both my wife and I are voracious readers, we even tend to compete a little bit on who reads the most books annually, but we each read probably 30-35 books a year, which is three books a month. When you’re running a business and doing all the other non-profit stuff we do it’s a time commitment, but if you’re not learning you’re dying. And if you’re learning and you’re reading thoughtful, brilliant people, every once in a while you’ll read something and think, “My gosh that’s profound.” And, it’s not only reading, it’s listening to speeches, it’s sitting and sometimes the ideas will just come to you, so it’s a mixture of things.

I think it’s important for all of us—and I know many people do this—to pull on principles to guide our lives and our decision-making, because frequently we’ll end up in a tough situation where ultimately the question becomes, “What’s right?” And if you don’t have basic values guiding what is right and wrong you’re going to be lost. And so, I think it’s really important to think about these great life lessons.

Q: Was there a period in your life when you turned to writing the most? What about that time led you to write more?

A: I think all of us go through times in our lives where we have periods of intensity. I don’t know a better word to describe it, and it could be an intense period of pain or discomfort, when somebody you love is very ill. It could be an intense period when you’re considering a career change, or your choice of colleges. What I have found, having gone through a lot of those in my life, and I think most of us do, is it has helped me, not so much honestly while I’m going through it, but afterwards to sit down and reflect on what I took out of it.

There have been times, when in the middle of it I will sit down, and it’s like almost a primal scream if you will. There’s a poem in my book about Vietnam, that I wrote as the news of the war and the collapse of Vietnam was occurring, and it was a period of real intense emotion.

There’s another one in there that I sort of love about the recession, and how at the end of the day it was really fun. Well, when you think about that, you’re in the middle of this very, very tough time and you’re seeing your counterparts and peers get into financial trouble and you’re trying to keep your head, so it helps to say at the end of the day, “This is sort of fun, we’ve made it another day.” And the lessons, the rules, I write down as I hear them, as I read them. That happens as it occurs to me.

Q: Personally, one of our favorite parts of your book is the prose poetry. How and when did you start writing poetry?

A: Well, I have to tell you I didn’t know it was poetry until about nine months ago when my editor insisted it was poetry. At my first meeting with her, she said, “Well you must have some poetry,” and I said, “No, I’ve got some scribblings that I’ve written over the years,” but then frankly, I refused to share them with her until we were very near the end of the editing process. She was very persistent, so I finally relented.

These are things I wrote really at moments of great intensity. These “poems” were written for myself. Even the ones I wrote about my wife were not written to be shared with anybody. It was only the persistence of Adrienne, my editor, that got me to agree to put them in here, and it’s really where I do feel the most exposed and vulnerable.

Q: Are you glad you shared them?

A: I guess. I don’t know, I guess so. But it’s like inviting people into your closet. You think about how we all live, we all put on a front. We’re all genuine, but we put on our best face, we put on what we want people to see. I think when you write this kind of drivel that you intend for only yourself, you’re really exposing yourself if anyone else sees it in a way that is very intimate. I guess the feedback I’ve gotten has been so positive that it’s made me feel like it was okay to do this.

Q: In your mind, being compared to what author would be the biggest compliment and why?

A: You know, there are too many great authors for me to hope to ever be compared to any of them—let me answer instead who are my favorite authors. My favorite book, and a book I re-read every three or four years, is Moby Dick by Herman Melville. I love the sea and I think Melville captures the sea with writing that is the greatest in American literature.

Another one of my favorite authors is Willa Cather. She is in my opinion one of the great American authors. She wrote two books I would recommend to anybody, O Pioneers! and My Ántonia, which are both about women settling the West in 19th-Century America. And, as far as contemporary writers go, I think Wallace Stegner is one of the best.

There are so many terrific authors, so for me to compare myself to any of them is like comparing myself with Mickey Mantle because I once held a baseball bat—it’s not going to happen. I’m just delighted that I have been able share a life’s worth of reflections with a bunch of people.

Q: If your readers were to take only one thing away, what do you hope it is?

A: It probably goes back to where we began in terms of my favorite quote. I think the real takeaway is that everything is possible for anyone of us. If you’re willing to take risks, if you’re willing to fail then everything is possible. In the trying is where the real joy comes from, so that’s the takeaway. Take the joy that comes from trying to make something of your life. The joy that comes from trying to have an impact. Life is very finite and I always consider it my good fortune that I realized that as a young person, because I’ve always felt the desire to make a difference and every one of us can make a difference. 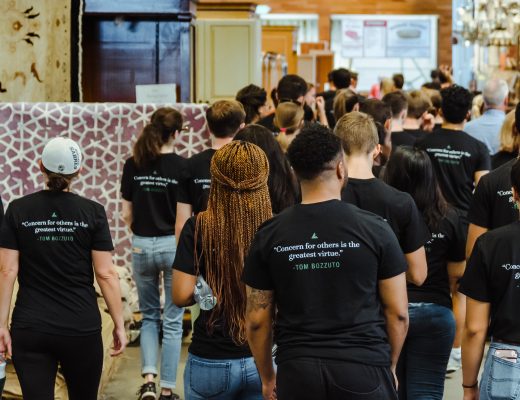 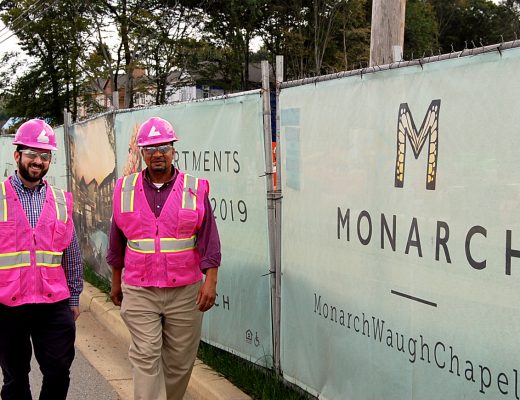 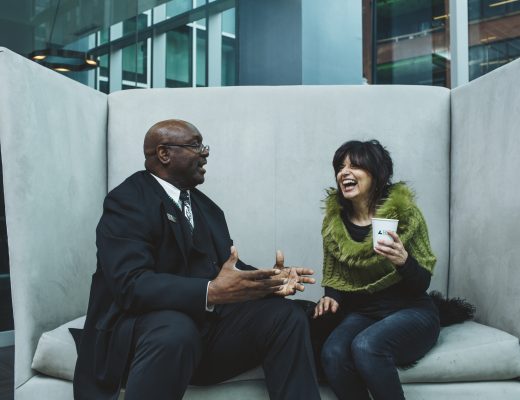 2020 was an unprecedented year with many twists and turns to navigate. Like so many other companies, Bozzuto Construction rose to the occasion. BCC's Year in Review highlights the projects, initiatives, & achievements that contributed to a successful year: https://t.co/yW8At20cS6

The lobby lounge at @TheRoyalAthena is a grand entrance into a second-to-none, royal living experience. With awe-inspiring amenities and exquisite details throughout the community, you'll be living in the lap of luxury in the heart of Bala Cynwyd, PA.

The cold and snowy weather has us dreaming of summer. With spike ball, cornhole, and grilling stations, the outdoor community lawn at @FlatsOnD in Boston is the perfect gathering place to enjoy a sunny day. 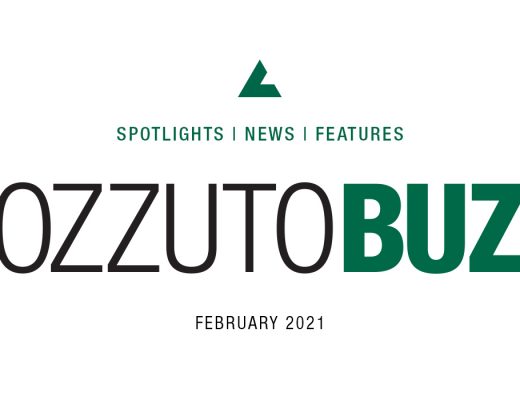 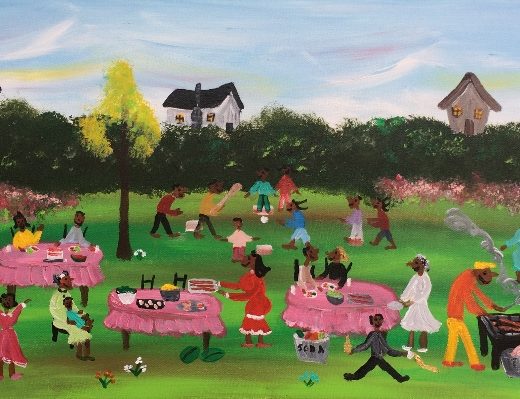